Throughout the early 19th Century the French Empire Style evolved from the court of Emperor Napoleon Bonaparte. It used heavy classical designs and geometric form whilst retaining an air of fineness along with soft draped fabrics and highly polished veneers.

The empire style in architecture and interior design is a symbol of Napoleon's Empire might - that was his primary importance. Roman decor details were borrowed to compliment baroque and classical interior design, but at Napoleon's epoch became the major part in empire style. It indeed copied the Roman art in decoration.

The history of Empire style

Empire or "Style of Empire" ( lat. Imperium - command, power) - historic art style that started in early 19th century in France, during the first ruling of Napoleon. Chronological frames of original french "Style of Empire" are narrow; they are bonded from one side by 1799 - the ending of The Directory rule or 1804 the crowning of Napoleon, from the other side 1814-15 the beginning of Bourbon restoration. 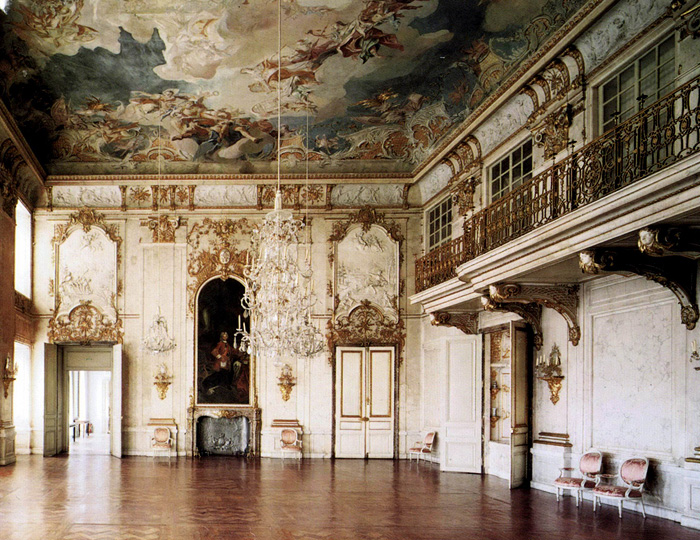 The basic elements of the Empire style, derived from antique art, were also present in Classical Style of Louis 16.

The artistic vision of the new style with its massive lapidary and monumental forms, together with rich decoration, presence of military symbolism, imitation of artistic forms of Roman Empire, ancient Greece and Egypt, was called to mark and embody the idea of might and presence of powerful army.

Empire belongs to so-called "king's styles", which are characterized by theatrical approach in decoration of architectural constructions and interiors.

Peculiarities of architectural empire are based on an obligatory presence of columns, pilasters, plaster cornices and other elements of classical decor, as well as motifs depicting antique samples, reproducing antique sculpture of griffins, sphinx, lion paws and similar items.

These elements are well balanced in their position in interior decor of Empire style.

There is a dominant feature in empire style to install an excessive amount of mirrors everywhere, even in the places where mirrors should not be placed.

Let's turn our attention to the ceilings in empire style decor. Light color tones dominate here with an obligatory presence of plaster. The floor is covered with a different type of wood parquet. The interior is marked with light spots and elements made of bronze, they would soften the brightness of white color. It is definitely not only the decoration of walls and ceilings make Empire style exactly what it is.

The major part is played by furniture. It requires a special attentive look. Solid, ponderous, architectonic. There is an accent in details on depicting sphinxes, griffins, columns. 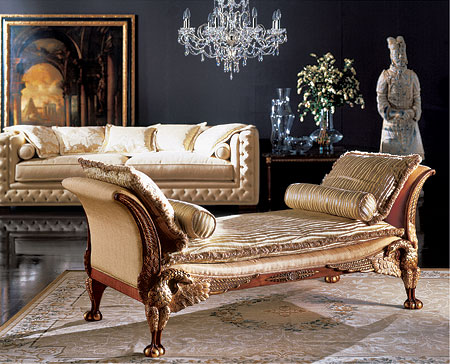 Mahogany made furniture gained a big popularity during Empire style epoch. The major pieces were armchairs, chairs, with columns and statue like stands.

Golden and black colors are the major for the furniture of Empire style.

As was said above, floors, walls and ceilings create the background for furniture and interior objects in Empire style. Even in Empire style, one of the classic styles, designers are eager to use the best modern, eco-friendly, green materials.

A glossy stretch ceiling with its glossy surface, with mirror-like effect, will add height to a room and grandeur to the interior even with no mirrors. The color of the canvas and reflections on the ceiling recreate spirit of the epoch. 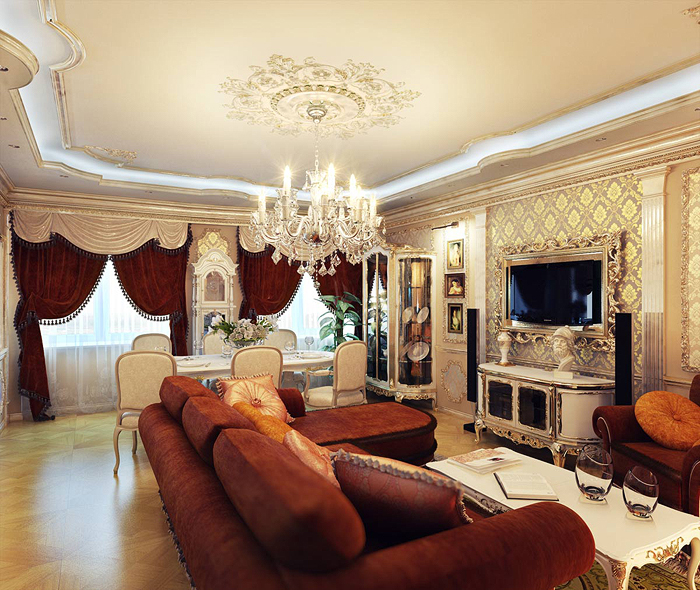 On top of all benefits stretch ceiling hides all communications, including fire alarm wire, sprinklers, lighting wire, cameras and many other devices. Stretch ceiling is a perfect protection from the flood from above and won't drop any "white dust" from the ceiling down on your luxurious furniture.

A possibility to place any image on the stretch ceiling canvas makes your place really yours. A unique photo or an image of a famous mural can find its place on one of your walls, light box or a ceiling.

The installation of columns with a phenomenal print of a famous painting in between becomes easy and real with stretch ceilings at your service.

There is an enormous collection of panoramic landscapes of wild forests, canyons, seashore lines, mountains available for you. It has never been easier to decorate your place just right, just exactly how you want it to be.

You wish to decorate your space in Empire style or any other style, do you?

NYCeiling, Inc. designers are here to help you.